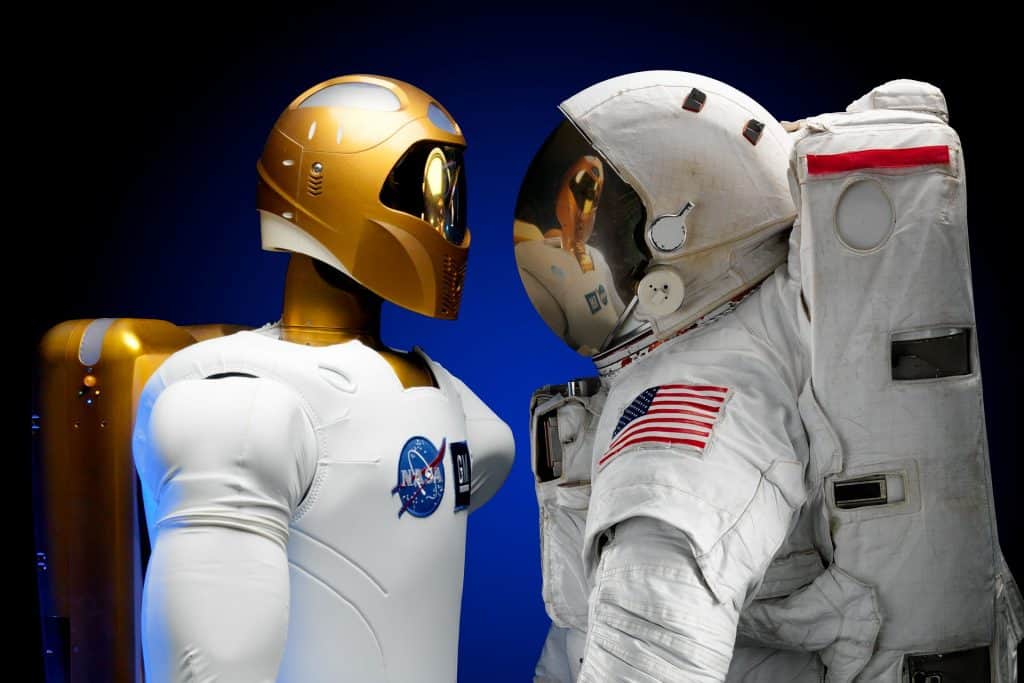 Robot movies are a fundamental part of the science fiction genre. Starting with works of literature that have been adapted for the cinema to works of cinematographic art that have obtained multiple versions, there are many important robot films.

Making a top 10 robot movies is too complicated, so we will limit ourselves to analyzing the ones that, in a subjective way, are the best from the year 2000 to the present. I know that there will be many that are missing, but it cannot be denied that all those here are representative.

We start the list with number 10, Robots, a film based on a story by children’s book writer William Joyce. The film follows the life of Rodney Hojalata, a robot who wishes to be an inventor.

Although many may think that Robots is a children’s film without much depth, it can be noted that the world described in the animated film is highly original.

It is a planet where there is no human presence, it is only inhabited by robots. And Rodney’s goal is that of any young man who is approaching adulthood, to go to the metropolis to fulfill his dream: to be an inventor.

Also called The Stepford Wives, it is the second film version of a novel by the famous writer Ira Levin. The story begins when a couple decides to move to the upscale town of Stepford to lead an upper-class life.

When they arrive, they notice that all the city’s wives are perfect, beautiful-bodied women with exceptional skills in sexual and household activities.

The Stepford women are perfect male pleasure machines, but they hide the dark secret that they have been turned into robots. Can the protagonist unravel that mystery and keep herself safe? One of the most unknown and at the same time most shocking robot movies.

A film based on the application of the Turing test, a conversational test in which a robot’s ability to mimic human responses is measured. Perhaps you can remember this test from the famous futuristic Blade Runner movies, where this test was applied to identify replicants.

In Ex Machina, a programmer named Caleb is followed during the 7 days in which he will have to apply Turing’s test to the last android created by the CEO of a powerful company.

One of the most original ideas that exists and that gave rise to a series of surprising films. While Transformers can not enter a list of robots movies is very close to it, at least in this we can find huge robots fighting against each other in a war over the fate of planet earth.

Transformers follows the battle between the Autobots and the Decepticons, two races of robots that fight for the dominance of the All Spark, an element that can bring machines to life.

A film in the purest cyberpunk style inspired by the book of the same name by Isaac Asimov. Fans of the book have given it a very poor rating as an adaptation, but friends of science fiction and robotics have praised Asimov’s basic ideas as the well-known Laws of Robotics.

This film follows the investigation of Detective Spooner who believes he has found the first murder case carried out by a robot. A story that deals with the rebellion of machines endangering the human race. One of the best robot films of all time, we have dedicated a complete analysis on our website.

One of the most famous robots in the movies. This 2014 version has the same story we already knew from the first one. Alex Murphy is a detective who lost a large part of his body in an explosion caused by criminals.

Under the suppression of the OmniCorp company he is turned into a police android who must eradicate crime, however, Murphy sets himself the goal of solving his own crime.

One of the most important anime series in Japan finally reaches the West in a real action version starring Scarlett Johansson. Ghost in the shell is about the human cyborg Mira Killian, who works for the huge company Hanka Robotic.

Major Killian will have to face a group of criminals in cases that will help her recover her past. Robotic movies have entered a new era with Ghost in the Shell.

In one of the most romantic futuristic movies ever made. Samantha, a highly advanced artificial intelligence is the solution to Theodore’s loneliness.

The protagonist of this film is a letter writer who, on commission, buys an operating system that emulates a woman. This voice, played by Scarlett Johansson, gradually becomes our writer’s crazy love.

One of the most praised robot movies of the 21st century. Wall-E is a wonderful story that deals with the consequences of human pollution and the vices of our behavior. The earth has been abandoned by humans and certain robots have stayed to clean it up.

Everything changes for the last compacting unit when a robot called EVA arrives on earth to search for the presence of plant life. A tender technological love story that defines the future of humanity.

One of Steven Spielberg’s masterpieces and the most relevant of all artificial intelligence films in existence. This great film deals with the adaptation of human beings to new technologies and the threat that this can represent for the lifestyle that we lead until now.

In Artificial Intelligence it is about the existence of a robot child who is adopted by a normal family.

Many people have considered that there is a great similarity between the character of this film and Pinocchio. It is common in the film to feel like you want to be human; you want to be a real child. What has most caught the audience’s attention in this film is the sad ending it has.

Other robot films do not have the humanity that this one has, that is why it has been placed in the 1st position of the top.