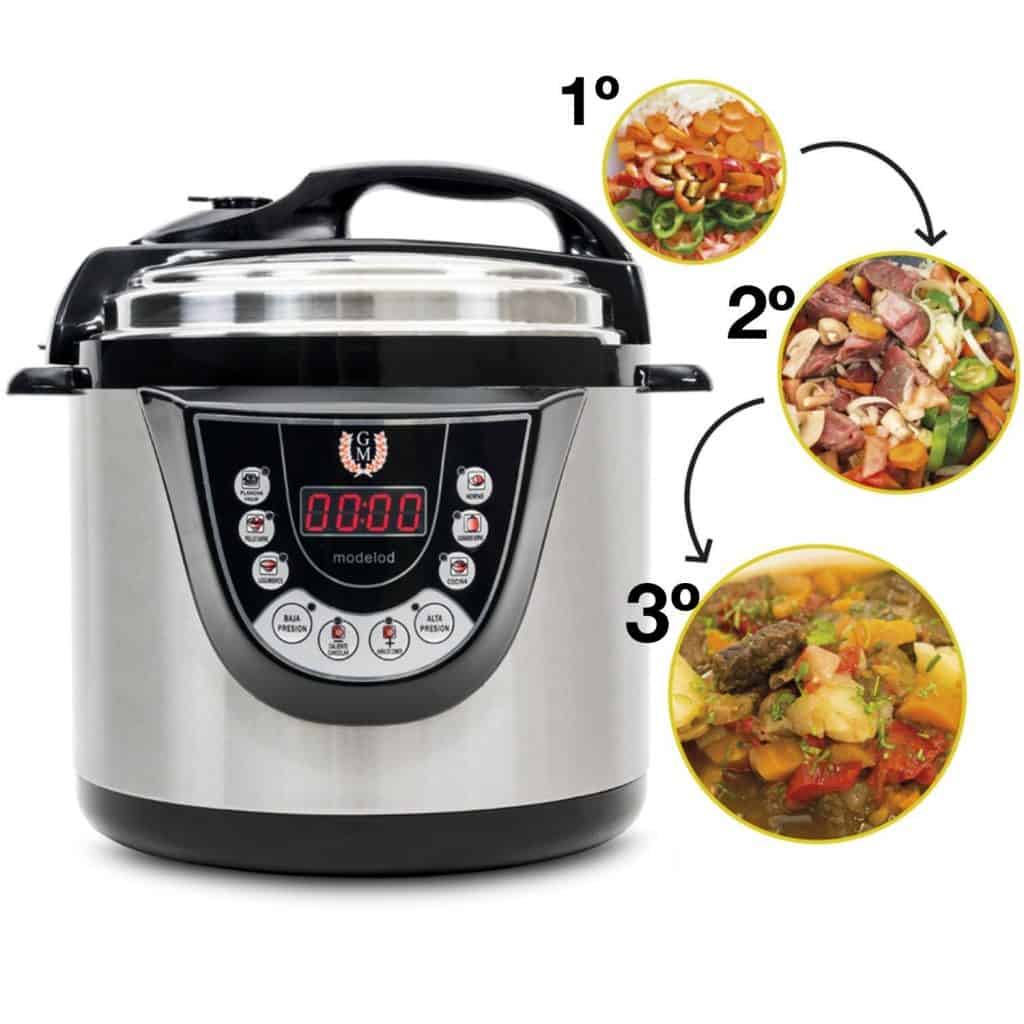 It can be difficult to find the best food robots on the online market. But don’t be discouraged. In our online shop you will find the best cooking robot of 2020 for you.

And you can buy it online today. Just read on and choose the kitchen appliance that suits you best.

Advantages of having one…

When you cook you must do several tasks; wash the food, cut it, boil it, fry it, and prepare it. But when you have a food processor, your time becomes much simpler.

They cook the way you tell them to and at the time you program them. Having a food processor gives you the following benefits:

There are dozens of different brands for kitchen robots. We have the typical Thermomix, Bosch, and Moulinex but also new quality brands such as Cecotec, Taurus, Aigostar, Klarstein, Ocu, and Kitchenaid.

Nor should we forget the robots of white brand kitchens such as those of Lidl or El Corte Inglés.

Thermomix Tm5 at the Best Price 💰

Undoubtedly the most sought-after kitchen robot in the world. This is due to its high quality in relation to its price. It has a guided cooking function that shows on its screen how to cook each recipe step by step.

The Thermomix is capable of chopping, mixing, steaming, beating, grinding, heating, and cooking all in one. You also have options to include low-fat or low-sugar foods in a catalogue of over 3000 recipes. 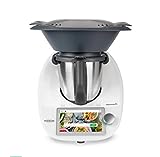 The Moulinex HF 800 Cuisine Companion is one of the best in its series. It has a power of 1500 volts, a capacity of 4 and a half liters, and 6 automatic programs.

Its internal program has more than 300 recipes, and accessories for easy cleaning in the dishwasher make it one of the best quality cooking robots.

The Cecotec brand is beginning to become well known in the world of kitchen robots. 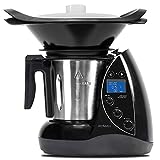 One of the best food processors is the Taurus Mycook Touch cooking robot. It is one of the few cooking robots capable of connecting to the Internet thanks to a mobile or tablet.

It has both manual and programmable mode. Totally in Spanish with 10 speeds and 4 special functions including sofrito. It is made of stainless steel. 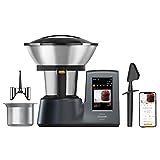 The easiest to use cooking appliance on the market. Bosh AutoCook has multi-function mode at the touch of a button within its 50 different programs.

It has more than 5 liters of capacity and an exclusive book with more than 100 recipes for kitchen robots. Stainless steel cooker with several extra kitchen accessories.

Without a doubt, one of the best cooking robots currently available. 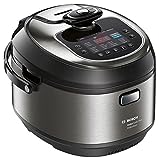 The Aigostar Happy Chef robot is one of the few evolutionary kitchen robots with a cooking power of 900W.

It has a capacity of 5 liters, 9 cooking systems, 15 programmed functions, recipe book, timer, and 2 years warranty.

It comes with several utensils, measuring cup, and quality certificates. 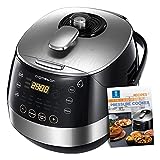 With a power of 1200 watts we have the kitchen robot or mixer Klarstein Bella Argentea. It has a capacity of 5.2 liters, 6 speeds, various types of mixing, and an ergonomic stainless steel design.

Perfect for preparing recipes for cakes, pies, and pizzas. Mix, knead or soba. 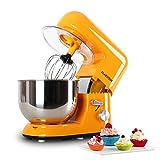 Although it is not a low-priced kitchen robot, its high quality certainly deserves a place on this list of kitchen robots. The KitchenAid robot is made of stainless steel with 6 automatic modes and several extra functions.

A capacity of 4 and a half liters, a cookbook included and its 3-year warranty are other advantages. 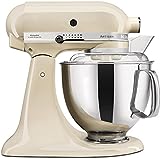 What should the Best Kitchen Robots on the Market have?

Make sure that the kitchen robot you are going to buy has the following features to ensure high quality and durability:

If you don’t have enough money here we show you a list of the cheapest kitchen robots you can find in the market and in Amazon. Although they are cheap we have chosen the best quality for those who want to save a few hundred dollars.

If the price is not a problem for you, we recommend the following high quality cooking robots:

There are many kitchen robots, but if you are looking for the best one in terms of quality and price, this is the most economical one: the NEWCOOK. 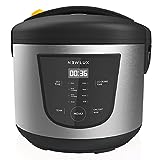 If you’re on a tight budget, this is the one for you.

For only about 40 dollars you can have your perfect partner in the kitchen with his various utensils (a bucket, a spatula, and a measuring glass).

Its 8 pre-set menus and 9 functions are enough to make most of your life’s basic dishes easy.

For us there is no doubt, the REDMOND Skycooker is the best programmable kitchen robot there is.

Its 48 programs and functions can be programmed from the device itself or from a mobile app. 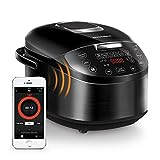 And not only that, but you can change the time and temperature of each of the automatic programs. This way you can totally customize them to your liking.

All this thanks to its incredible feature called Masterchef Light, which allows you to program up to 48 hours before preparing your meals.

Opinions and Comparison of Kitchen Robots

Finally we would like to make a small comparative table of the three best kitchen robots we have found in Amazon. Here you have them with their characteristics and prices. Choose and buy the one you like the most:

In our opinion, having one of these devices helps a lot when cooking any kind of food at home.

Everyone should have one in their home, whether it is a multi-function robot, a bakery, a rice cooker, or any other type.

It is almost a must in the 21st century.

Which is the Best Kitchen Robot for me?

That depends on how you are. But usually there are two clear choices.

If you are one of those who works a lot outside the home and don’t have time to cook, then you need a programmable pot.

The same applies if you don’t want to be around cooking tasks because you just don’t like them.

In the morning you just have to put the food in the food processor and program it quickly. As soon as you get home, dinner will be ready.

The second option is a food processor. This choice is ideal if you like to cook but want to save time when preparing several recipes or dishes at the same time.

These types of cooking robots usually have many more functions than the previous ones, being able to mix, knead, grind, emulsify, crush, chop, etc.

Although they are usually a little more expensive, their quality and efficiency are far superior to programmable pans.

Without a doubt, the best you can find on the Internet in any online store. BUY IT NOW!